I arrived in London half a day later than expected due to some typical local flight cancellation shenanigans that required me to book another flight to Vancouver and take a later flight to London. But better late than never, because I had big swimming plans!

When I arrived, I felt a lot worse than the typical jet lag/breathing in airplane farts for 9 hours/travel ickiness with a sore throat and congested head. I could hardly keep my eyes open on the Tube on the way in. Nobody noticed because everyone else had their eyes closed too.

I met up with my pal Sadie in Hoxton and started planning my week of swimming.

I knew I wanted to swim in as many London lidos as possible. But I also know that I’m happiest with a flexible plan that allows for some spontaneous decision making. I’d done a little research and learned about the London Royal Docks Open Water Swimming Society, who run a daily swim in the eastern docklands right in the Thames. It sounded like my cup of tea (when in London, right?) so I added it to my itinerary.

After an early first night, I set off  early Wednesday morning southbound on the Northern Line for the Tooting Bec Lido. You’re darn tooting!

I’d learned a lot about this lido from Jenny Landreth’s book Swell, and I was eager to soak in the history and significance of this London landmark. The Tooting Bec Lido opened in 1906. It’s the U.K.’s largest fresh water outdoor pool – 91 meters long, non-heated, rustic, and oozes charm. The boxing scene from “Snatch” was filmed here, but nobody was fighting, not even Brad Pitt, during my visit. The only thing I fought was the fear of my nipples falling off in the cold cold cold water.

I changed in one of the colourful cabana lockers and prepared for the chilly rush. At 15 degrees, my first few minutes were rather “exhilarating” and I wondered why I wasn’t cozied up in a nice pub with a hot toddy and and a good book like a normal person. But as soon as I started swimming, my happiness meter rose and I did a kilometre feeling strong and rejuvenated.

After my swim, I grabbed a hot tea from the on-site cafe and started making my way to Brixton to the Brockwell Lido for swim #2. The Brockwell Lido opened in 1937 and did not disappoint aesthetically with charming brick buildings, cabana lockers, and a poolside sauna. This pool was a tad bit warmer at 19 degrees, but I noticed that there were several wet-suited swimmers and I kind of wished I’d also brought mine. 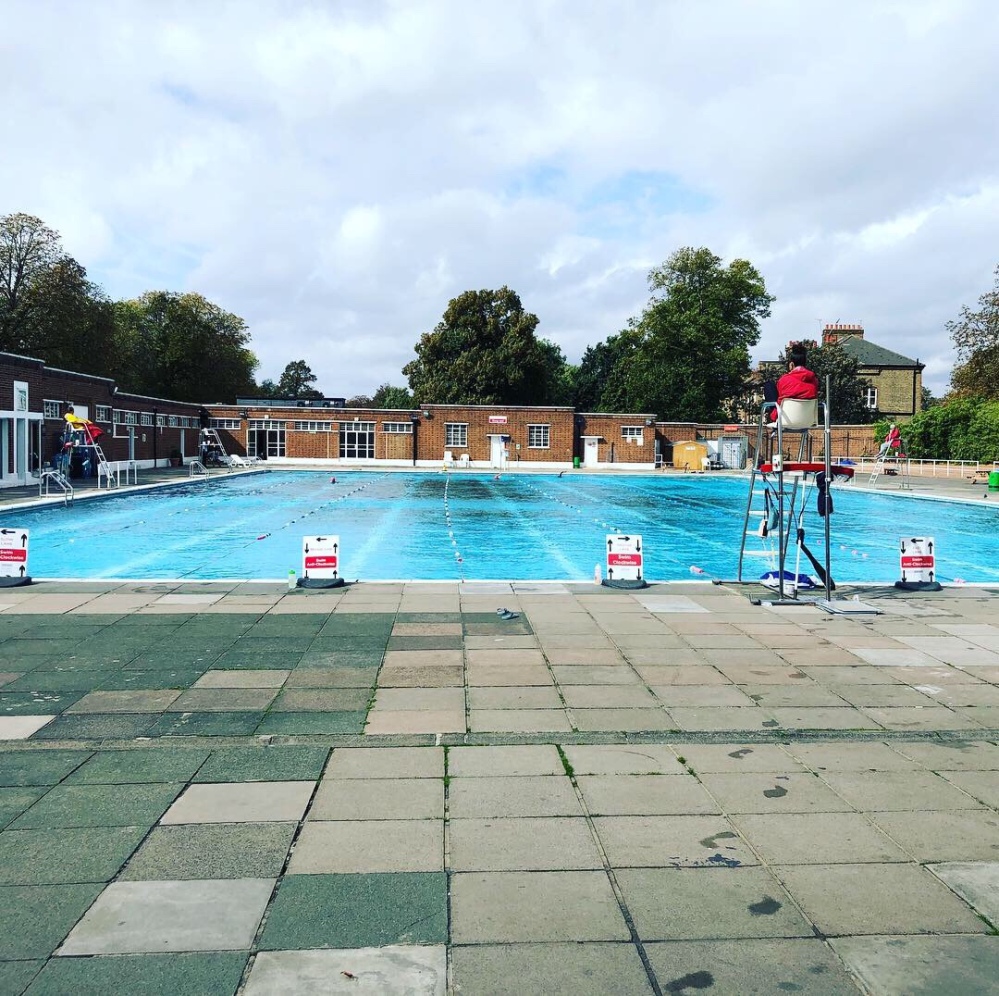 I swam another kilometer in the 50 metre pool and then enjoyed a warm-ish shower. I was afraid to discover naked people in the sauna, so I left that out of my lido experience.  I had a delicious lunch and lots of hot, hot coffee at the Lido Cafe afterwards. 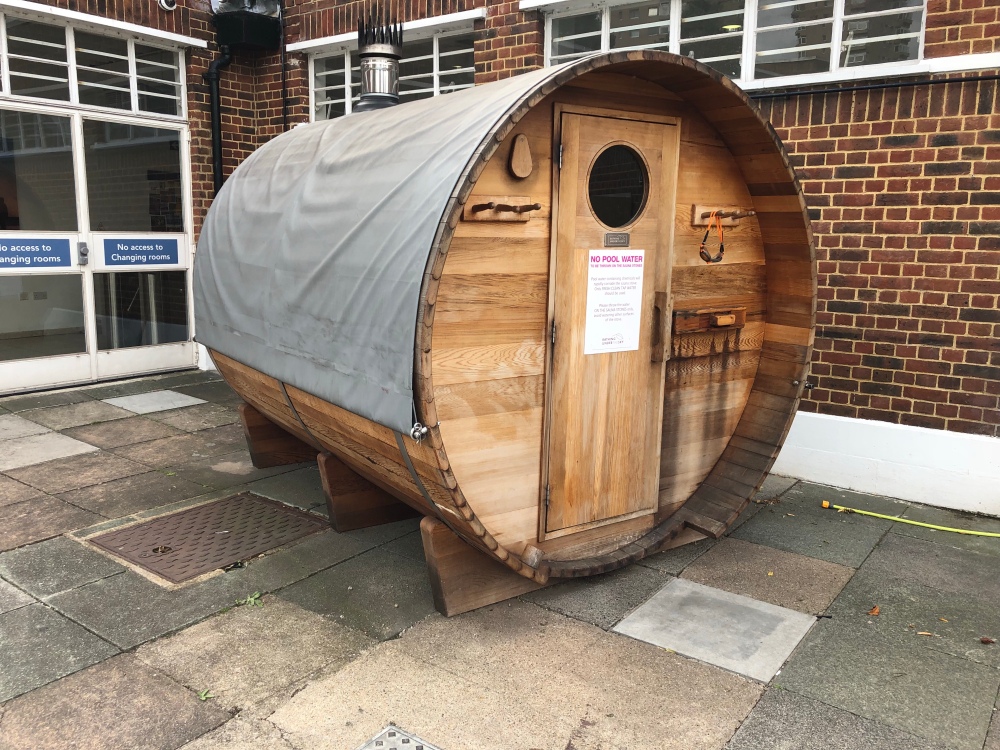 From Brixton I made my way to the London Royal Docks for the day’s pinnacle swim. I’d booked my spot online, which is something you can do ahead of time in order to secure your wristband, which is required to swim with this group.  The day was really windy (not just in Tooting) and the buoyed course had been set to a 250 metre triangle. Sometimes it’s much longer, but on the day safety ruled. I changed into my wetsuit in the trailer provided, checked in, and had my first ever swim in the murky brown Thames! The water was cold and tasted something like a toilet. Many of the swimmers were preparing for the Swim Serpentine event coming up on the weekend, and the atmosphere was fun and charged with effort! I swam 7 laps of the course, changed back into my warm clothes, and headed homeward on the Overground train.

By this point, my festering sickness was really making itself apparent, so I capped the day at 3 swims and approximately 4 kms, and had an early night.

The next morning (Thursday) I woke up early and made my way to the London Fields Lido, which was about a km walk from our flat. This lido had many more modern conveniences, and many more swimmers. That might be because it is heated in mid-September! The lanes were packed and I slipped in to swim a kilometre. If I lived in London, I would definitely frequent this lido – it had a really great vibe and superb facilities. I also really like swimming in a 50 metre pool. 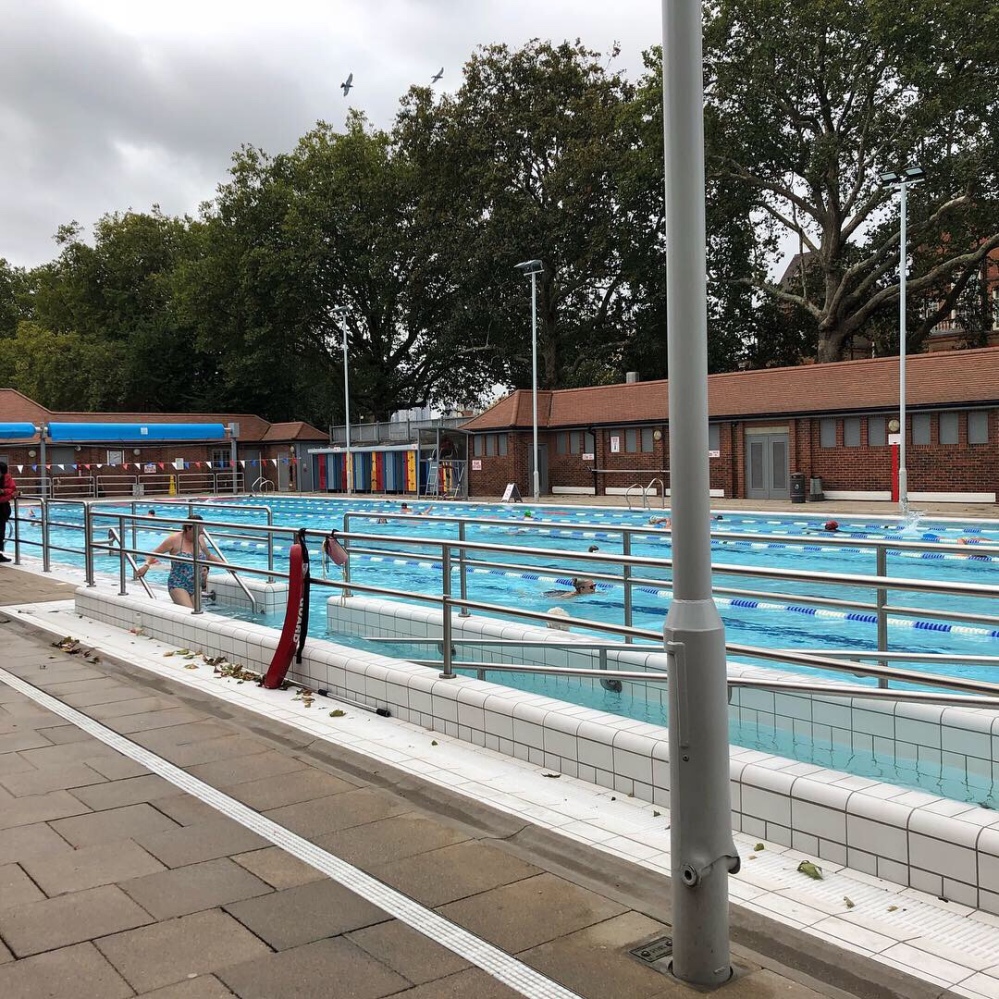 I had planned to add in a visit to the ponds at Hampstead Heath, but my head cold had gotten the better of me and I needed to preserve my diminishing energy stores for the big event – the 2 mile Serpentine Swim –  on the weekend (and drinking pints).  I felt that I’d accomplished my distance training goals for the week and that I’d be in good shape for Saturday, if a bit slower than usual due to the 9 pounds of snot in my head.

The next time I’m in London I will definitely visit more lidos. I’d done some research before my trip and found the following articles to be helpful for planning my swims:

The experience of swimming outdoors in the autumn is rewarding, and it was so cool to dip my own body into such historic bodies of water.

I’ve been home a day and am have still not recovered from the evil virus or reverse jet lag, so I’m going to save the Serpentine Swim experience for Part 2. Stay tuned, and keep tooting.